Michael is Heartank’s Director of Communications and has been involved since the organization’s founding. He has extensive experience leading communications campaigns in the non-profit sector for organizations, such as the United Nations and the International Institute for Justice and Development.

In the run-up to the United Nations (UN) 70th anniversary in New York, Michael coordinated the global Elyx70Days campaign to highlight UN activities around the globe and build up momentum for the commemorative events on the web and across social media channels. This successful project involved managing a team of content writers and corresponding directly with UN offices and operational teams across 70 countries.  He was also responsible for the English language content for the UN Regional Information Center for Western Europe (UNRIC)’s media channels and helped plan the presence and presentations at the UN Climate Change Conference (COP21) in Paris.

Michael serves on the board of the Commonwealth Lobby, a nonprofit which promotes civic education and youth voter registration internationally and advises other NGOs in the areas of communications and recruitment.  He has served as a Senior Recruiter and Project Manager for Contemporaries Inc. in Boston and as an A/V Office Coordinator at the Ernst & Young’s Flagship Office in London.  More academic roles include time on the Editorial Board for the Millennium Journal for International Studies at the London School of Economics and Political Science (LSE) and as a Research Assistant for Professors Ajume Wingo of the University of Colorado and Lisa Rivera of the University of Massachussets Boston (UMass).

Michael is an avid photographer, writer and traveler. He has photographed many world leaders and UN officials, such as the UN Secretary-General Ban Ki-moon, the President of the UN General Assembly Mogens Lykketoft and the EU High Representative for Foreign and Security Policy, Federica Mogherini.  The public portfolio of his travel photography includes work from 20 countries.  Many of these photos and the stories behind them have been shared on his website, < www.storiesthoughalens.com >. 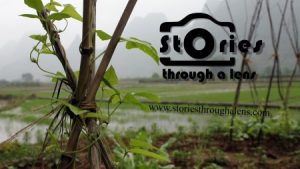